10 Must Watch Movies for Teachers 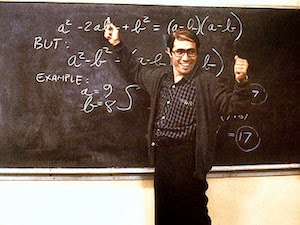 Edward James Olmos portrays the real-life Jaime Escalante, a no-nonsense mathematics teacher in a tough East LA high school. Handed a classroom full of "losers" and "unteachables," Escalante is determined to turn his young charges' lives around. Drawing from his own cultural heritage, Escalante forms a bond with his largely Hispanic student body, evoking the names of famous Spaniards and Latin Americans whose great accomplishments were predicated on their ability to learn. The students gradually come to realize that the only way they'll escape their own poverty-stricken barrio is to improve themselves intellectually. As a result, the class' academic achievements soar dramatically -- too dramatically for the Educational Testing Service, which is convinced that the class' high test scores are the results of cheating. The triumphant exoneration of Escalante's students provides Stand and Deliver with its rousingly upbeat conclusion 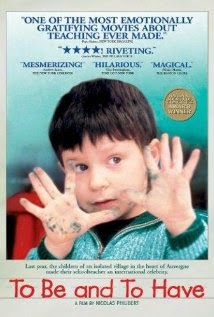 A true piece of art for the viewer not seeking spectacular eye-openers through means of stunts and a plot, but seeking a both simple and intellectual eye-opener on contemporary sociology. This idyllic setting awakens own memories of childhood, own regrets on lesser teaching, and reflects what is missing in the hectic everyday life of most children. 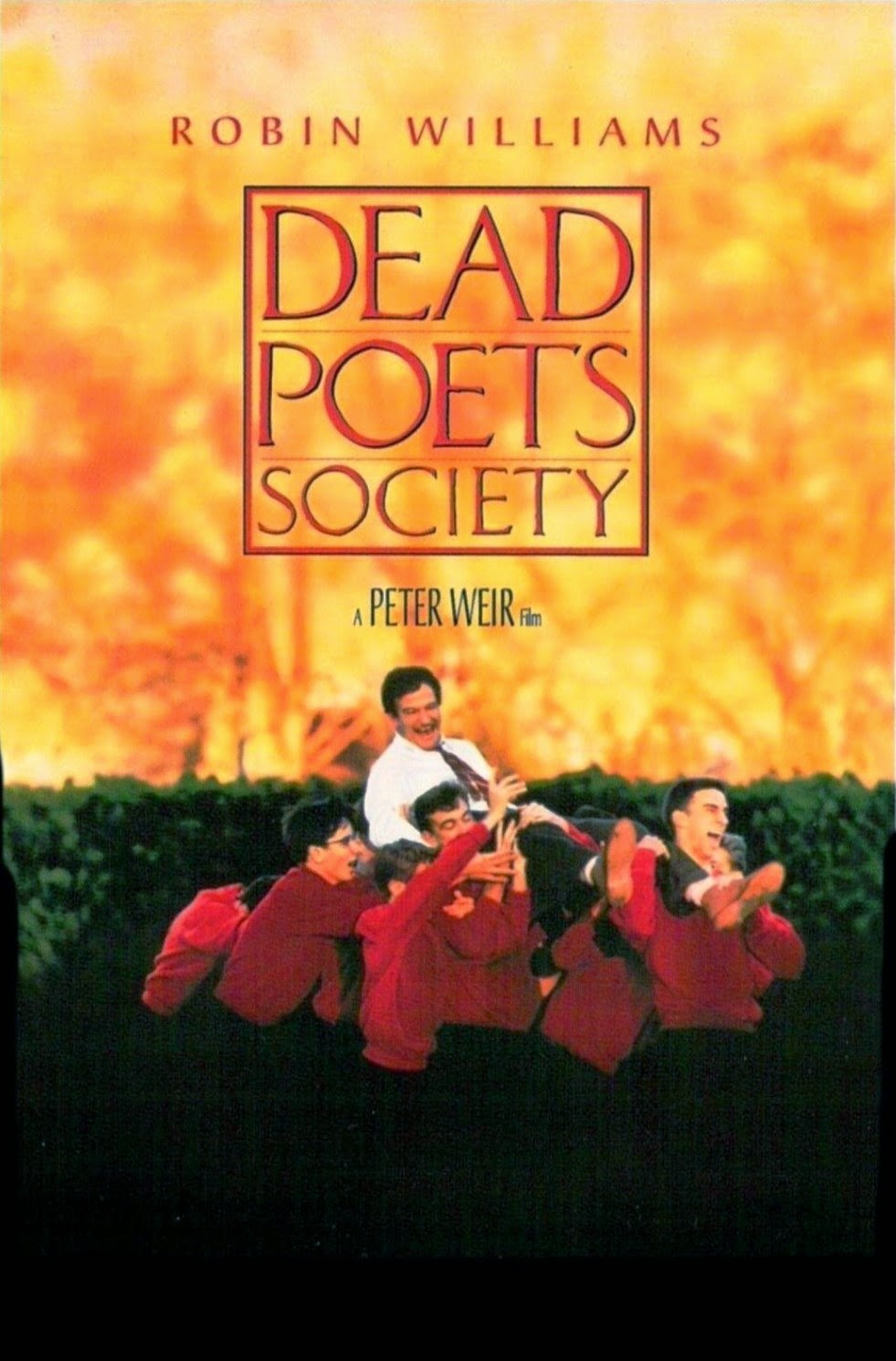 Robin Williams toned down his usually manic comic approach in this successful period drama. In 1959, the Welton Academy is a staid but well-respected prep school where education is a pragmatic and rather dull affair. Several of the students, however, have their thoughts on the learning process (and life itself) changed when a new teacher comes to the school. John Keating (Williams) is an unconventional educator who tears chapters of his textbooks and asks his students to stand on their desks to see the world from a new angle. Keating introduces his students to poetry, and his free-thinking attitude and the liberating philosophies of the authors. 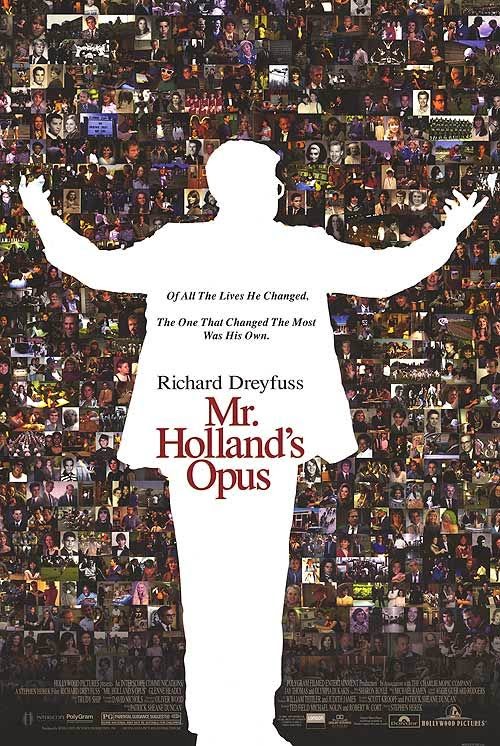 A teacher belatedly discovers just how important his job really is in this emotional drama. Glenn Holland (Richard Dreyfuss) is a man with a deep love of music and a desire to write at least one piece of lasting significance. However, playing piano in cocktail lounges while he works on his own compositions doesn't pay the bills, so in 1965 he reluctantly accepts a job as a high school music teacher. Over the next 30 years, Holland is able to teach a great deal about both music and life to thousands of kids who pass through the various classes he leads and school bands he directs. 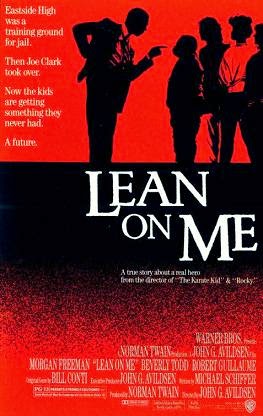 After earning rave notices for powerful supporting turns as a pimp in Street Smart (1987) and an alcohol abuse counselor in Clean and Sober (1988), actor Morgan Freeman began his ascent to stardom with this, his first lead role in a major motion picture. Freeman is real-life high school principal Joe Clark, a tough, harsh educator and administrator who in 1987 is given a nearly impossible task by his old friend, school superintendent Dr. Frank Napier (Robert Guillaume). Clark is asked to reform inner city Eastside High School in Paterson, NJ, a hotbed of delinquent kids and drug dealers. Considered the worst school in New Jersey, the state is threatening to take control of Eastside away from the local school board. If Clark can straighten out Eastside in time to get the school's basic-skills test scores up, he can have the job permanently. Although Clark's tyrannical approach and hard-line policies alienate many members of the staff and the community, his uncompromising campaign gets results and even makes him famous, much to the chagrin of his powerful enemies. 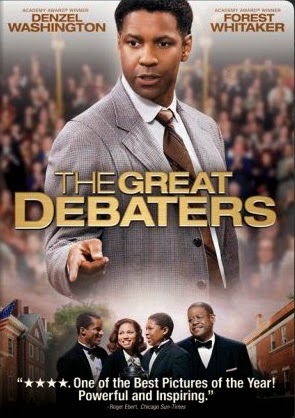 Drawing inspiration from the true story of a temperamental debate coach who molded the students of a small East Texas college into a formidable team that gave even Harvard's elite squad a run for their money, Denzel Washington's The Great Debaters features the director himself as the ambitious educator, and Forest Whitaker as the resentful father of a student whose loyalties now lie almost exclusively with his coach. Melvin B. Tolson (Washington) is the kind of educator who truly recognizes the remarkable power of knowledge. An outspoken Wiley College professor who boldly challenged the discriminatory Jim Crow laws of the 1930s, Tolson's recognizes that his young debate students possess the spark of a new generation. 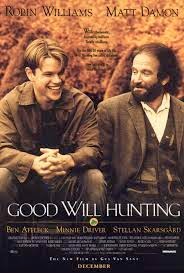 Matt Damon and Ben Affleck co-scripted and star in this drama, set in Boston and Cambridge, about rebellious 20-year-old MIT janitor Will Hunting (Damon), gifted with a photographic memory, who hangs out with his South Boston bar buddies, his best friend Chuckie (Affleck), and his affluent British girlfriend Skylar (Minnie Driver). After MIT professor Lambeau (Stellan Skarsgard) stumps students with a challenging math formula on a hallway blackboard, Will anonymously leaves the correct solution, prompting Lambeau to track the elusive young genius. As Will's problems with the police escalate, Lambeau offers an out, but with two conditions -- visits to a therapist and weekly math sessions. Will agrees to the latter but refuses to cooperate with a succession of therapists. Lambeau then contacts his former classmate, therapist Sean McGuire (Robin Williams), an instructor at Bunker Hill Community College. Both are equally stubborn, but Will is finally forced to deal with both his past and his future. 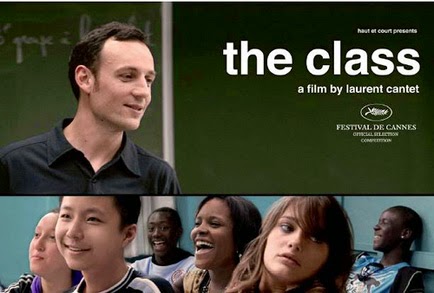 François is a tough but fair teacher working in one of France's toughest schools, and his honest demeanor in the classroom has made him a great success with the students. But this year things are different, because when the students begin to challenge his methods François will find his classroom ethics put to the ultimate test. François Bégaudeau stars in director Laurent Cantet's entry into the 2008 Cannes Film Festival. 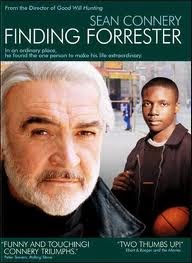 In the spirit of his Oscar-winning Good Will Hunting, Gus Van Sant directs this tale of the unlikely bond that develops between an aging, reclusive novelist named Forrester (Sean Connery) -- who hasn't written anything since winning a Pulitzer Prize decades earlier -- and Jamal (Rob Brown), a 16-year-old with a hidden desire to be a writer. When Jamal is cited for his athleticism in basketball by an elite Manhattan prep school, he is forced to adapt to an environment far from his South Bronx upbringing, and a small mishap leads him to the eccentric, uneasy Forrester. After their initial apprehension of each other, they begin to fuel each other's fire for writing, and become unlikely friends despite their ages and backgrounds. Forrester's devotion to Jamal becomes enhanced when he must defend allegations of plagiarism enforced by Professor Crawford (F. Murray Abraham), jeopardizing Jamal's future. The film also features Anna Paquin, Busta Rhymes, and Zane Copeland, Jr.. 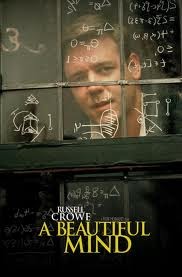 The true story of prominent mathematician John Forbes Nash Jr. is the subject of this biographical drama from director Ron Howard. Russell Crowe stars as the brilliant but arrogant and conceited professor Nash. The prof seems guaranteed a rosy future in the early '50s after he marries beautiful student Alicia (Jennifer Connelly) and makes a remarkable advancement in the foundations of "game theory," which carries him to the brink of international acclaim. Soon after, John is visited by Agent William Parcher (Ed Harris), from the CIA, who wants to recruit him for code-breaking activities. But evidence suggests that Nash's perceptions of reality are cloudy at best; he is struggling to maintain his tenuous hold on sanity, and Alicia suspects a diagnosis of paranoid schizophrenia. Battling decades of illness with the loyal Alicia by his side, Nash is ultimately able to gain some control over his mental state, and eventually goes on to triumphantly win the Nobel Prize. Based loosely on the book of the same name by Sylvia Nasar, A Beautiful Mind (2001) co-stars Paul Bettany, Adam Goldberg, Anthony Rapp, Christopher Plummer, and Judd Hirsch.