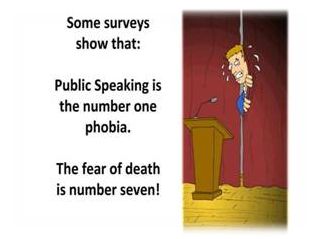 Public speaking is a process, an act and an art of making a speech before an audience.

According to national surveys and research results, fear of public speaking(or 'glossophobia') ranks among the top dreads, surpassing even fear of death itself.

However, feeling some nervousness before giving a speech is natural and healthy.

1.     Know your material. Pick a topic you are interested in. Know more about it than you include in your speech. Use humor, personal stories and conversational language – that way you won’t easily forget what to say.
Subject and materials tremendously influence each other. 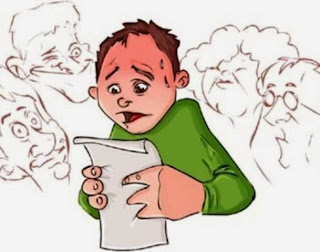 2.     Practice. Practice. Practice! Rehearse out loud with all equipment you plan on using. Revise as necessary. Work to control filler words; Practice, pause and breathe. Practice with a timer and allow time for the unexpected.
“Practice does not make perfect. Only perfect practice makes perfect.”
-        Vince Lombardi
3. Know the audience. Greet some of the audience members as they arrive. It’s easier to speak to a group of friends than to strangers.
4. Know the room. Arrive early, walk around the speaking area and practice using the microphone and any visual aids.
5. Relax. Begin by addressing the audience. It buys you time and calms your nerves. Pause, smile and count to three before saying anything. ("One one-thousand, two one-thousand, three one-thousand. Pause. Begin.) Transform nervous energy into enthusiasm.
Washington Irving once introduced Charles Dickens at a dinner given in the
latter's honor. In the middle of his speech Irving hesitated, became embarrassed,
and sat down awkwardly. Turning to a friend beside him he remarked, "There, I
told you I would fail, and I did."
If you believe you will fail, there is no hope for you. You will.
Do not make haste to begin--haste shows lack of control.

7. Realize that people want you to succeed. Audiences want you to be interesting, stimulating, informative and entertaining. They’re rooting for you. 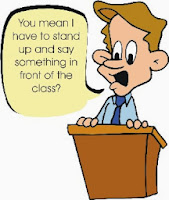 8. Don’t apologize for any nervousness or problem – the audience probably never noticed it.

9. Concentrate on the message – not the medium. Focus your attention away from your own anxieties and concentrate on your message and your audience.

10. Gain experience. Mainly, your speech should represent you — as an authority and as a person. Experience builds confidence, which is the key to effective speaking.
Experience, then, is not only the best teacher, but the first and the last.

Practise, practise, PRACTISE in speaking before an audience will tend to remove all fear of audiences, just as practise in swimming will lead to confidence and facility in the water. You must learn to speak by speaking. 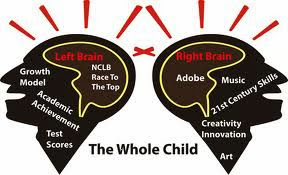 Warm Regards,
Sneha Patel
Posted by CS.MEFGI at 10:02 No comments:

DO
Eliminate distractions and make eye contact
with the speaker.

Nod or use other cues to show you’re
listening.

Listen objectively while the person is
speaking.

Follow the speaker’s lead regarding how
much they wish to reveal.

Restate the speaker’s points, if needed, to
make sure you understood correctly.

Ask questions to prompt the speaker to think
about possible alternatives.

Encourage the speaker and be optimistic.

DON'T
Stare so intently that you make the speaker
uncomfortable.

Interrupt or change the subject.

Plan your own response while they are
speaking and fail to hear everything.

Pry, or try to get the speaker to divulge things
that are too personal.

Offer your own opinions, unless you have
expertise that will help provide a solution.

Be unrealistic or offer false enthusiasm.

Repeat to anyone what you were told in
secrecy.